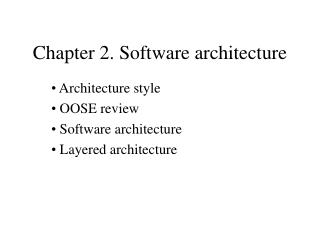 COM 360 - . chapter 1. foundation. building a network. what available technologies would be the building blocks ? what

Chapter 11 - . network organization and architecture. chapter 11 objectives. become familiar with the fundamentals of