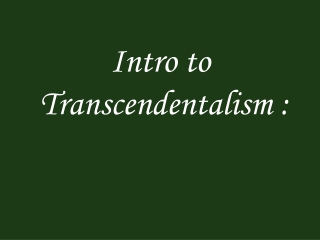 Intro to Transcendentalism :. To transcend: to go beyond; to exist apart from the material world. The American Renaissance--