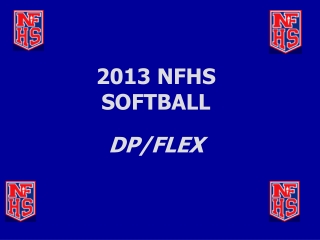 2013 NFHS SOFTBALL DP/FLEX. DP/FLEX RULE ADOPTED (3-3-6). DP/FLEX Rule allows for more participation and flexibility in the game. Gives coaches more options: not to use the DP/FLEX at all, use it to the same extent as the DH was used, or use the DP/FLEX option to its fullest extent.

Paul Moya for Congress - Itâ€™s Time for a Change - Deeply proud of his new mexico roots, paul moya is striving to

Ruby in Her Own Time Big Question: What do we learn as we grow and change? - . author: jonathan emmett illustrator: