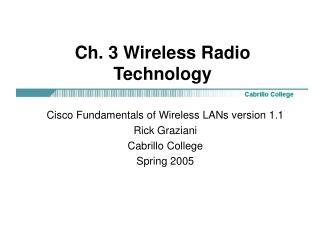 WORKSHOP on Advanced Wireless Technologies: Implications for Spectrum Management - “ allocation and assignment of