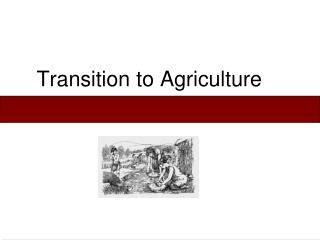 Title: Transition from Climate Risk to Climate Smart Agriculture - . goal: what problems does it address? how will

Transition to - . alan danskin chair of the joint steering committee for development of rda metadata and bibliographic

WP 5: Assessment of Transition Pathways to Regional Sustainability of Agriculture

Transition to Glass - . one pilot’s personal experience and the insurance industry perspective. introduction. who i am

Transition to Adulthood - . changing landscape of early adulthood. entry into adulthood is longer, often ambiguous, and

Challenges to Agriculture - . what is our future?. challenges. feeding the world/food security understanding what g x e x

Introduction to Agriculture - . economic activity. the primary sector - (agriculture) is the part of the economy that