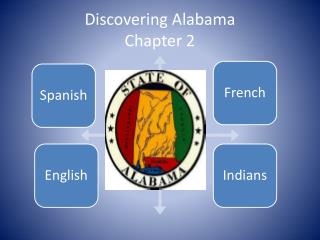 Chapter 2 Discovering the Universe for Yourself - . chapter outline patterns in the night sky the reason for seasons the

Part 2 Discovering Meaning Through Structure - 2. topics, main ideas, and detailsmost paragraphs are about a particular

Chapter 4 Discovering Computers Fundamentals - . this is the system unit (not the cpu)! the cpu is just one of many

Alabama - , alabama, we will aye be true to thee, from thy southern shores where groweth , by the sea thy orange tree. to

Discovering Alabama Chapter 2 - . discovering alabama *the new world was discovered more than once!. • the norsemen

Chapter 11 Alabama Government - . mrs. wallace. montgomery became the capital of alabama in 1846. the capitol was built