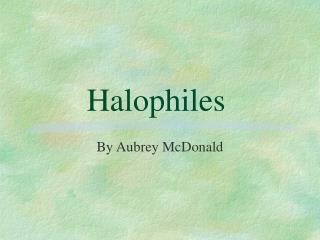 Please Pass the Salt: the World of Halophiles - . halophiles are salt-loving organisms. they live in ultra-salty water,