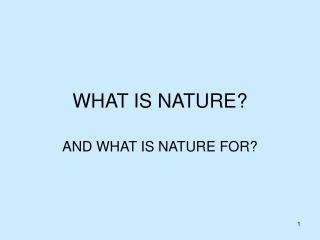 THE NATURE OF SPEAKING - . joko nurkamto uns solo. what speakers do. speech production conceptualization and formulation

The Nature &amp; Importance of Entrepreneurship - . chapter 1. “ being an entrepreneur and creating a new business

THE NATURE OF LIGHT - . light is an electromagnetic wave light is also a particle: the photon this nominal contradiction

“ Human Being is by Nature a Political Animal” (Aristotle, Politics ) - “well, my dear adeimantus, what is the