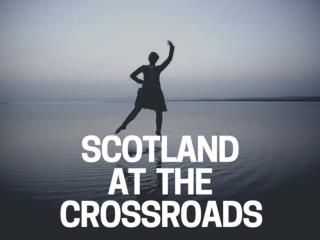 Scotland at the crossroads

A second Scottish independence referendum is "highly likely", First Minister Nicola Sturgeon said, raising the prospect that the United Kingdom could tear itself apart after voting to leave the European Union.

Scotland at the crossroads

Anne Frank’s Life - . by gabby. introduction. anne frank was a important person in history. anne frank had a difficult

Promoting Student Learning - . performance tasks for rigorous thinking. learning objectives by the end of this session,

Scotland - . with. !. hopping on october 2003. let’s take one of those scottish (single track) highways to the

Scottish Avalanches - . january 2010. what is an avalanche? what do you need for an avalanche to occur? how to avoid?

Isles in Scotland - . by the marvellous mull islanders (hubert,keir,bilge and stephanie) . how many islands are their in

ABPI Scotland: Medicines in Scotland - . what is abpi?. membership body of the pharmaceutical industry – statutory

Scotland - . in room 33 we have been studying the national anthems of the teams in the rugby world cup . our g roup g ot

Robber Barons or Captains of Industry? - . 11.2.5 discuss corporate mergers that produced trusts and cartels and the