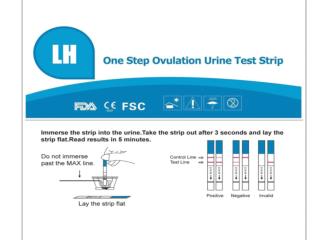 One Step Ovulation Urine Test is a qualitative test used to predict when there is a LH surge, and in turn, when you are likely to ovulate. The tests measure the presence of the lutenizing hormone which increases significantly during ovulation when the egg is released periodically from normal fertile women. Experts from the World Health Organization (WHO), state that LH testing is a reliable way to detect ovulation. Ovulation will occur after 24-48 hours following a positive test result. Test Taking - . strategies for test preparation. what doesn’t work in preparing for tests?. what has not worked well

The Use of Aromatase Inhibitors in Ovulation Induction - . michel abou abdallah, m.d. ovulation induction and

GnRH agonist instead of hCG to trigger ovulation in GnRH antagonist cycles - . dec 10, 2004. quick overview. does that

Abnormal constituents of urine - . glycosuria; it is a term used to refer to the presence of an unusual amount of

DR. Jekyll &amp; Mr. Hyde - . rami khouzam, md. which one of the following tests would be positive:. a- bnp b-