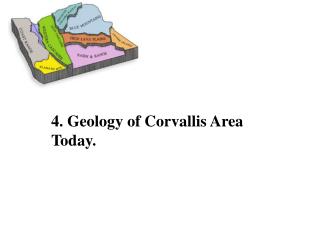 4. Geology of Corvallis Area Today. Eugene, Spencer, Yamhill, and Flournoy formations are the remnants of the ocean sediments that once covered the area. Gravel pushed down by glaciers forces Willamette River to west side of valley. Ocean sediments. Funeral Homes Corvallis - Funeral homes in corvallis can assist you with creating a tribute to your cherished one.at

Planetary Geology – Part 4 - . comets. comets are created of matter left over from the formation of the solar system

Unit 4: Forensic GEOLOGY - . geology is the study of the earth. . the earth is divided into many layers starting with