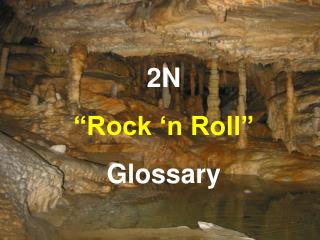 2N “Rock ‘n Roll” Glossary. Amethyst: An amethyst is a mineral. It is also a type of quartz that is purple . An amethyst is expensive when you buy it in a store. . Stephanie.