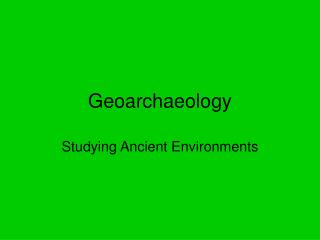 Geoarchaeology - . studying relationships that have existed between earth’s processes and humans in the past. what we