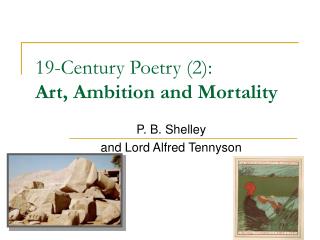 Impressionist Art and Symbolist Poetry - Purpose. this web guide is designed as a resource for the development and

Poetry and Art - . “ painting is silent poetry, poetry is eloquent painting. ” - simonides “ the colour of a thing

Ambition - . in action. planning and managing a section’s budget. planning. our objective is to plan to meet our

ART INTO POETRY - . what do you think is going on in this photo?. who do you think the photographer might be?. if you

Poetry and Art - . what do we do with them. quote. do not worry about what a poem is or whether you can write one. no one