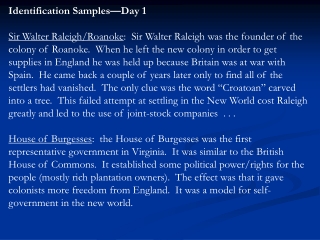 3.2 Great Awakening and T he Enlightenment - . standards. 7.11.4 explain how the main ideas of the enlightenment can be

Colonial Slavery, the Great Awakening and the Enlightenment APUSH Unit One - . the triangular trade. new england