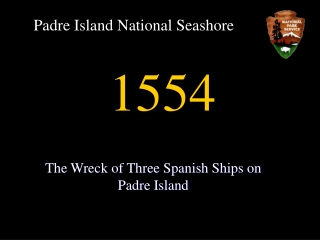 1554 - . the wreck of three spanish ships on padre island. the reasons behind the voyage the passengers, crew, and cargo