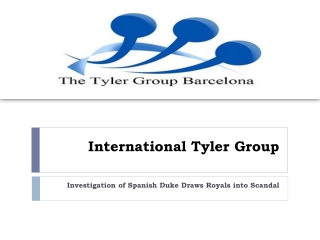 http://www.nytimes.com/2013/02/22/world/europe/embezzlement-scandal-threatens-spains-royal-family.html?pagewanted=all&_r=0 MADRID — The Web site of the Spanish royal family features pictures of the king, Juan Carlos I, in a blue sash, his bejeweled wife, Queen Sofía, and the couple’s three glamorous children. But most of the photographs of the dashing Duke of Palma, the king’s son-in-law, were scrubbed from the site last month. A street in Palma, Majorca, named for the Duke of Palma, the king’s son-in-law, is going back to its original name. The duke’s official biography was also banished from the site. And for more than a year, the royal family has barred the duke, a former Olympic handball player named Iñaki Urdangarin, from attending official family functions. With a multitude of graft cases undermining Spaniards’ faith in just about every institution of government, an intensifying investigation aimed at Mr. Urdangarin has placed the palace under siege as well, and left the nation’s aging monarch and his aides struggling to quell the crisis. Mr. Urdangarin, 45, who is married to the king’s youngest daughter, Cristina, 47, is scheduled to testify on Saturday before an investigating judge over allegations that he embezzled millions of euros after leveraging his blue-blood connections to gain inflated, no-bid contracts from regional politicians for his nonprofit sports foundation, Instituto Nóos. The royal family has tried mightily to distance itself from the investigation. Officially, the palace has insisted that the king knew nothing about the foundation activities of Mr. Urdangarin, who has pledged to prove his innocence. It publicly maintains that Juan Carlos ordered his son-in-law to abandon the troubled foundation in 2006, a year before dubious financial dealings surfaced.

Group Investigation - . create a short lecture that will help summarize the key events/ideas in your particular vip ’ s

US History II - . sol usii.4. the spanish american war. the united states emerged as a world power as a result of victory

WELCOME TO THE ROYALE INTERNATIONAL GROUP - . www.royaleinternational.com. about royale international. the royale

Spanish - . lost in translation by taylor, georgie, vicky and fionn. map of where spanish is spoken(red). different

Tyler Perry - . by: k ayla mcdaniel. about tyler's life. he w as abuse by his father. at age 16 he change his first name

Why learn Spanish? - . spanish, spanish everywhere . there will continue to be an enormous increase in spanish language

Tyler’s PowerPoint about Tyler. - Tyler’s powerpoint about tyler. yeah, he’s pretty cool. at one point i was a

Duo Teamed Up To Form Financial Planning Group At Merrill Ly - For financial adviser john tyler, the past two to three

Agents for Infections Due to Gram Positive Bacteria - Sorting out antibiotics: a systematic approach to antibiotic