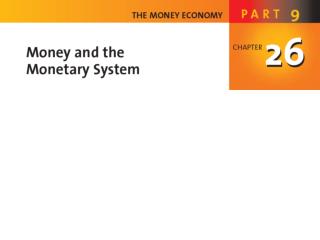 1. 2. 3. C H A P T E R C H E C K L I S T. When you have completed your study of this chapter, you will be able to. Define money and describe its functions. Describe the monetary system and explain the functions of banks and other monetary institutions.