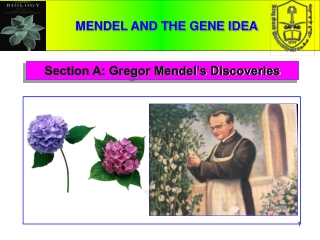 MENDEL AND THE GENE IDEA. Section A: Gregor Mendel’s Discoveries. Mendel brought an experimental and quantitative approach to genetics.