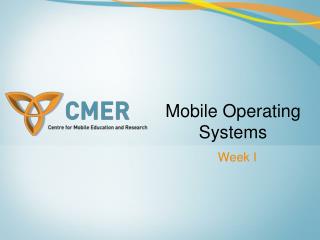 OPERATING SYSTEMS SYSTEMS - . 9 th january 11cs10002. batch systems. in these systems though there are many jobs in the

Operating Systems - . networking for home and small businesses – chapter 2. objectives. describe the purpose of an os