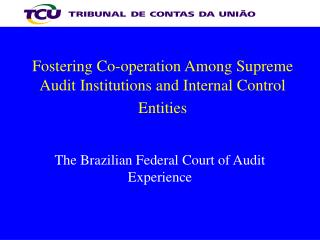 Co-operation among the Colleges - . - together we do it better margaret gilmore, institute of technology, sligo. iasce

Co-operation in Implementing Internal and External Audit in the Republic of Moldova - . gh. cojocari court of accounts