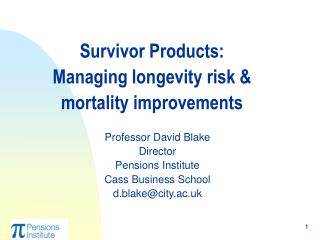 Project Risk Management - . learning objectives. understand what risk is and the importance of good project risk

Survivor - . can your team outwit, outplay and outlast your opponents to be the ultimate survivor?. meet the tribes.