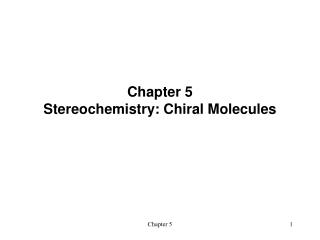 Chapter 5 Stereochemistry: Chiral Molecules. Isomerism: Constitutional Isomers and Stereoisomers Stereoisomers are isomers with the same molecular formula and same connectivity of atoms but different arrangement of atoms in space.

The Sweet Bon Bon - Https://www.thesweetbonbon.com/en/ based out of montreal, we are an online retailer of premium

Chapter 5 - . stereochemistry chiral molecules. about the authors. these powerpoint lecture slides were created and

Chapter 5- Chirality - . chirality. a chiral object is an object that possesses the property of handedness a chiral

Chapter 5 STEREOCHEMISTRY - . stereochemistry. chirality and enatiomers. chiral object – an object that is not

Chapter 5 Stereochemistry at Tetrahedral Centers - . stereochemistry. some objects are not the same as their mirror