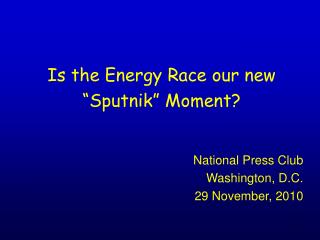 Race and Ethnic Inequality - . social inequality. on the agenda for today. what is the racial ethnic make-up of the

Chapter 9 - . race and ethnicity. what is race?. some people view race as: skin color: the caucasian “race”,

Race and The Tradition of Black Protest - . challenging the paradigm. lets discuss the making of race and slavery what

Workplace Diversity Corporate Training Materials - . module one: getting started. every new beginning comes from some

Non-renewable Energy Resources - . chapter 16. essential question #1. what types of energy resources exist, and to what

Energy - . energy. the capacity to do work many types of energy and one type can be transformed into other types.