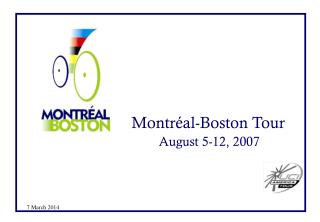 Montréal-Boston Tour August 5-12, 2007 The Race An 8-stage tour held in August 2007 A recurrent, top-level (2.1 UCI-labelled) international cycling tour A lternating the start - finish on a yearly basis U p to 50% P ro T our teams A strong C anadian and A merican representation

Race and Poverty in America: What Hurricane Katrina Has Revealed - . john a. powell williams chair in civil rights

Ohio’s Race to the Top Early Learning Challenge Grant November 2012 - . what is the early learning challenge?.

The Ethics of Diversity: Race, Ethnicity, and Culture in Moral Theory - . introduction. increasing interest in diversity

Ethnicity and Race - . who are we?. where do you come from? do people ever ask you where you are from?. individual

Racism in America - . racism. “ the prejudice that members of one race are intrinsically superior to members of other

The United States in WW I - . from neutrality to war. the causes of the war. nationalism - each european country believed