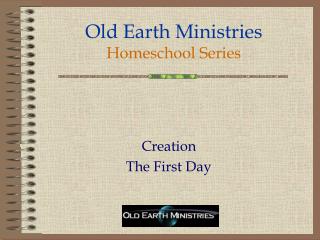 Old Testament Ministries - . supplement to “ how we got our bible ” author unknown edited by stephen e. lafleur, thd.

HomeSchool Anchorage - It is important for the child to summarize the information that they have been provided with.

Why Homeschool - . a special presentation produced by chef of lafayette january 2007. why homeschool. there are many

Alaska homeschool - You need to place your best bets on deciding one that matches your childu2019s requirements, and

Homeschool Methods - . a quick overview of the most common. first things first. most important to remember: i want my

“How old is the earth?” - . the irreligious. 60% of people in indiana: religion is important part of their lives,

The Earth is this old - . what is a 4 billion years?. naturalist on the hms beagle. who was charles darwin?. the slow

Homeschool Spanish Curriculum - Our home language clubs offer a great way for groups to get together and learn spanish.