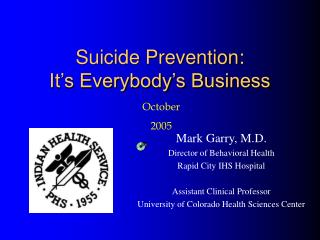 Infection Prevention and Control - . starting with the basics. objectives. speak to the relationship between infection

GE Energy Pre Diabetes Intervention A Collaboration with Centers for Disease Control &amp; Prevention and the

Accident Prevention Program (APP) - . an overview. purpose: to assist you in developing and implementing a written