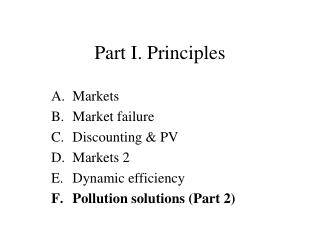 Principles I - 3. . answer all questions asked. give something extra, when desirable. check for the

Part 2 Moral Principles - . with many moral questions the nt gives us some principles which can be applied to a variety

PART I - I - . overview. “ there is nothing permanent except change”. - heraclitus, a greek philosopher 500 bc.

Part I I I - Irrelevant topics in physics . part i i i. what is irrelevant?. questions the tools we use in physics so

Slot Principles I - . switches buttons. switches. overview used in many devices varying levels of complexity of the