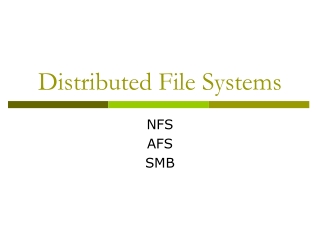 Distributed File Systems - . hank levy. distributed file systems. one of the most common uses of distribution is to