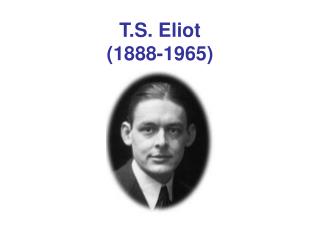 SELECTED CASE LAWS - CCS (CCA) RULES, 1965 - . purpose to sum up the statutory provisions and the rules prescribing the

Silas Marner by George Eliot - . i. introduction. george eliot 1. her life 2. her marriage 3. her philosophy b. silas

Eliot Porter - . by jade drapeau. biography. he was born in the chicago suburb of winnetka, illinois, 1901 his education

Eliot Rosewater 2012-13 - . amy &amp; roger’s epic detour by morgan matson. because i am furniture by thalia