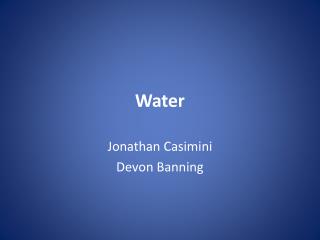 Water. Jonathan Casimini Devon Banning. Where Our Drinking Water Comes From. In Naples The Water in Naples comes from groundwater pumped through three well fields in the Golden Gate Estates.