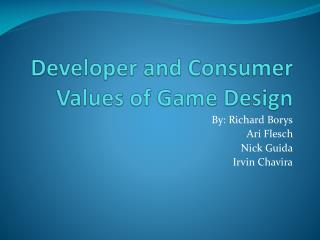 Design Values of Architecture - The main concepts within this design value are recyclable items, resource management,

The Consumer Bingo Game - . write any 9 into your