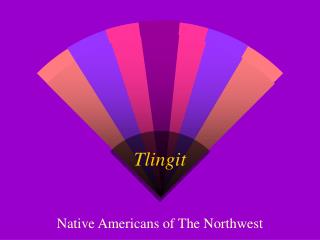 The Tlingit Indians - . reece, america, collin,andrew , and chris. where they lived. they lived in northwest region of

Math in Tlingit Art - . a culture-based technology and mathematics project for k-12 classrooms in southeast alaska.

Tlingit totem from the Northwest Coastal Region - . whittle it out of wood and paint it or form with clay or dough to

TLINGIT WOMEN IN LEADERSHIP: ONE CULTURE, TWO WORLDS - . a research project in partial fulfillment of the requirement for