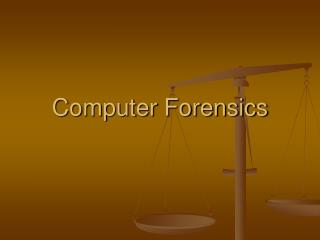 Computer Basics for Kids: Just How Does a Computer Work? - . look at this picture of a computer from our computer lab. a

How to build a computer - Brought to you by sfsu’s acm presented by anthony fregoso what will this class do for you?

A PHILOSOPHY OF COMPUTER SCIENCE - . philosophy of computer science. is concerned with those philosophical issues that

Computer Hardware: A Quick Overview - . in this section of notes you will learn about what are the basic parts of a