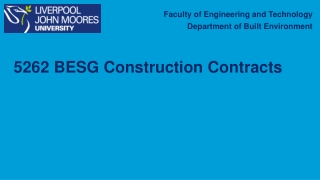 CONSTRUCTION CONTRACTS - . 2014. contracts. “it is not the beauty of a building you should look at; its the

Managing Risk in Construction Contracts - Standard contracts: pros. . . save time and money up