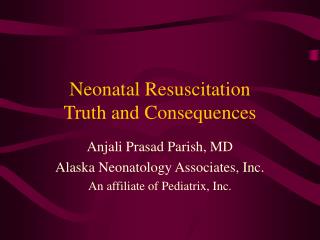 NEONATAL RESUSCITATION - . “the most important and effective action in neonatal resuscitation is to ventilate the

Truth and Consequences - “what is truth” the question implies disbelief in the reality of truth. however, there is a