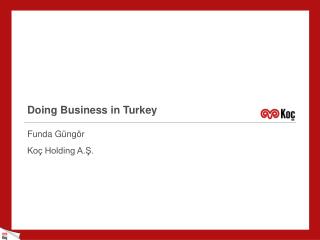 Doing business in Turkey - . perceptions proposed plan of action route to market what we learnt on route successes and

Doing Business in Japan - . what do you need to know before entering the japanese market? by mitch tomizawa.

Doing Business in Germany - . legal aspects b. tax and accounting. ways of selling into the german market. direct sales