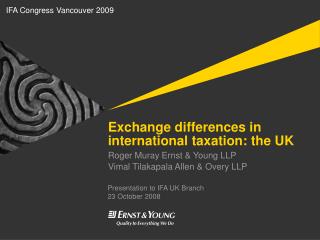 International Finance - . lecture 3 exchange rate and balance of payments. after studying this unit, you will be able to:

Taxation: half the story of budgets - . yet, often ignored. the conceptual framework for a gender analysis of taxation .

DOES YOUR CLIENT OWN SHARES IN A FOREIGN CORPORATION? IMPACT OF TCJA - . imtiaz munshi, cpa president, munshi cpa, pc

The Taxation System of the U.S. Selected Topics on U.S. Taxation - . munich, 29 may 2008 lee b. serota, certified public