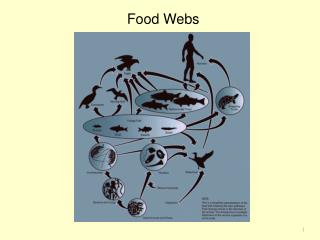 Food Webs - . catalyst: describe evolution in your own words. solve: shaq is selling candy, m&amp;m’s and twix. he

Food Webs - . a food web describes the feeding relations among organisms in all or part of a community usually those

Food webs - . in this activity, you are to build a food web representing the new zealand bush ecosystem. students use

Food Webs - . food webs are sometimes simplified (conceptually) to the drama of a single predator-prey interaction but,

Food Webs - . everything eats everything. herbivore. an organism that only eats plants (cow, caterpillar) are human

Food webs - . tasha allen. energy. all food webs start with energy or the sun. sharks. sharks are very high up in the

Food Chains Food Webs - . the arrows show which way the energy is going in the chain. food chains. a food chain shows