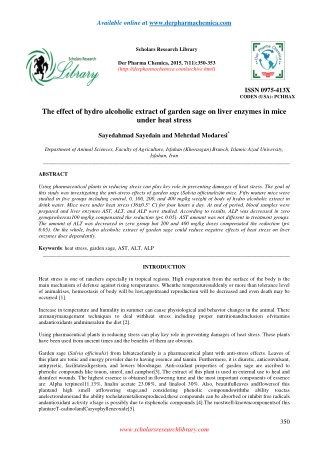 Heat stress is one of ranchers especially in tropical regions. High evaporation from the surface of the body is the
main mechanism of defense against rising temperatures. Whenthe temperaturesuddenly or more than tolerance level
of animalrises, homeostasis of body will be lost,appetiteand reproduction will be decreased and even death may be
occurred The Effect of Heat on Enzyme Activity - . by: kelly duffy, grade 9. problem. how hot does it need to be for pineapple

Effect of heat treatment on the fatigue life. - An- najah national university faculty of engineering mechanical