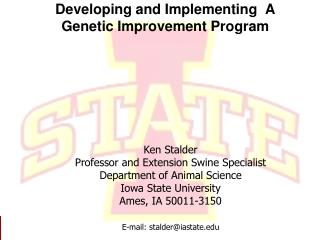 Genetic Testing - . overview of genetic testing. genetic diseases often depend on the genotype of an individual at a

Accident Prevention Program (APP) - . an overview of what’s required and how to develop one. april, 2010. purpose: to