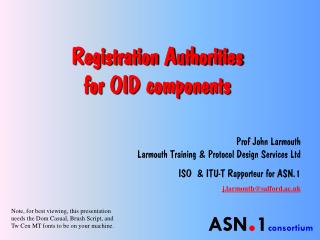 Authorities - . the word authority is derived from the latin word invention, advice, opinion, influence, or command. in

Training for Local Authorities - . effective complaint handling in children’s social care. who are w e?. we

Grave Reuse for Burial Authorities?? - . current issues. prior to the 1850’s. reuse of graves a common practice -

NHL Authorities - . by: matt, tyler and anthony. store type. we chose to do a sports store. name. the name of the store