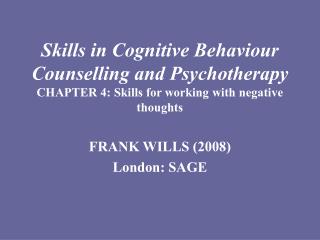 Section 3: Introduction to Basic Counseling Skills - . training objectives (1). at the end of this workshop you will be

AP Biology Quantitative Skills: - . ap exam to reflect this emphasis on inquiry and reasoning and the quantitative skills

Improving Vocabulary Skills - . chapter two. matching words with definitions. a tendency to think, act, or behave in a

BASIC EMPLOYABILITY SKILLS - . mr. warren. entering the construction workforce. when you complete your training, you will

SELECTION SKILLS - . programme objectives. create an understanding of selection tools and techniques and their

Soft Skills: We Know They Need Them How Do We Teach Them? - . trish bobst national curriculum specialist t