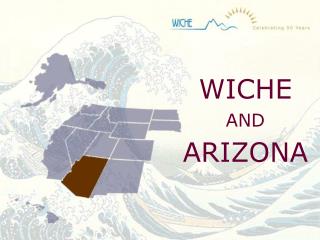 WICHE. AND ARIZONA. A Half Century of Collaboration 1952 : WICHE founded by U.S. Congress. 1953 : Arizona joins, one of our first 3 members. Our Mission. T o expand educational access and excellence for all the West’s citizens.

Getting and Keeping a Rural Workforce: Lessons from the WICHE West - . dennis mohatt vice president for behavioral health