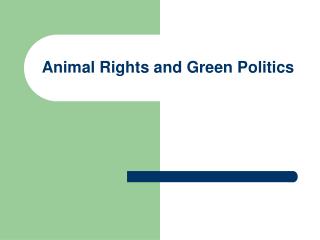 Animal Rights - . in this lecture…. speciesism are humans unique? marginal cases do animals have rights?.

Animal Rights - . helena pereira de melo helena.melo@fd.unl.pt may 2013. what do you see?. a laboratory rabbit a pet

ANIMAL RIGHTS - . “kindness and compassion towards all living things is a mark of a civilized society. conversely,

Animal Rights - . direct vs. indirect duties towards animals. direct duties: duties owed to the animals themselves

Animal Rights - . do animals deserve to be given the same respect and dignity that we afford the members of our own

Animal  Rights - . &quot;the worst sin towards our fellow creatures is not to hate them, but to be indifferent to

Animal Rights and Ethics…… - . ethics and animal rights. an ethical issue is when you think a harm or wrong is