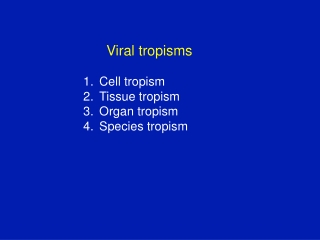 TROPISM - . next. tropism plant growth in response to a stimulus-adaptations of plants (“ tropo ” – ”turn”) . .

TROPISM - . next. tropism plant growth in response to a stimulus (“tropo” – ”turn”). there are many types of

Tropism - . tropisms objective 16. plants change their patterns and directions of ___________ in response to their

Tropism - . 6 th grade science. have you ever wondered how seedlings “know” which way to grow?. the plant must

TROPISM NOTES - . one form of energy is mechanical – where motion happens due to energy being used. one way to tell

Environmental factors and TROPISM - . dormancy. a period of inactivity in a mature seed before it begins to grow it’s