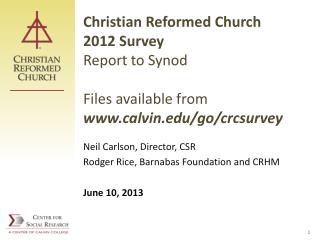 John Calvin - . journey to protestantism. early years. calvin studied in france in paris from 1521 to 1526. (grolier

2nd Sunday Of Easter 7th April, 2013 - . the service. the service – this form of the holy communion service is from

What type of text is this? - The aim of this report is to show what different family members expect from a restaurant.

Christian History: The Context - . the greek, roman and jewish backgrounds of early christianity. what three cultures had

14. IT Support for the Reformed IPC Status report by the International Bureau - Committee of experts thirty- eighth