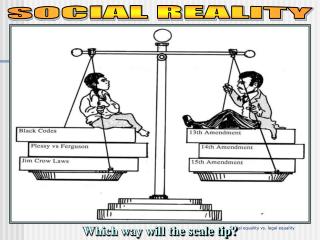 ORDER VS. EQUALITY VS FREEDOM - Which one is more important to you, and why? why should this question even matter to me?

Equality - . equality in politics: it should not go by gender when selecting in positions, elections or ministers,

Equality: - Why look at both australian and indonesian societies in interrogating equality and difference ? and why focus

Equality - . what is the difference between equality of opportunity equality of outcome how would you define equality?.

Equality Analysis and Equality Act 2010 - . the change in terminology from impact assessments to impact analysis is to

Gender Equality - . bell ringer in. hand in anything you might be missing into the hand-in bin bad-habits worksheet

Equality Diversity - Here are some equality and diversity training materials with the above points in mind. we envisage