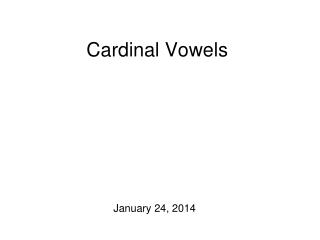 Vowels - . a vowel sound is produced with an open passage of air in the mouth. vowel sounds are produced are articulated