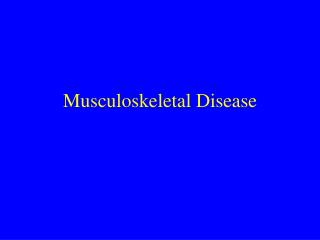 Musculoskeletal Disease. Normal Skeletal System. The skeletal system is as vital to life as any organ system because it plays an essential role in: 1) mineral homeostasis 2) houses the hematopoietic elements 3) provides mechanical support for movement

V. Gerc Clinic for Heart Disease and Rheumatism Sarajevo - Advantages of renin-angiotensin system blockade in the